Mendix 8 to build enterprise apps at the speed of ideas

It’s once again time to take a rare break from coding and share my impression of the two best things announced at the Mendix World 2019 conference, namely Mendix 8 and the CLEVR SMART Digital Factory.

It’s been three years since my last post on this topic. That was right after when Mendix 7 was launched at Mendix World 2016. At that time, I made some predictions concerning where low-code application development platforms were heading next. I’m pleased to say those predictions have borne out with the arrival of Mendix 8, so naturally as part of this blog I’m going to make some additional predictions about what might come next.

Of course, I’m not going to make any guarantees concerning the accuracy of those predictions. But before we get to those prognostications, we should take a minute to appreciate how far we’ve come with the arrival of Mendix 8 and the Mendix SMART Digital Factory.

Even before the launch of Mendix 7, it was apparent a “silver bullet” described in an earlier blog post would be needed to drive a level of disruption that would be needed to drive a tenfold increase in the rate at which applications are developed. Back then I reminded everyone what F.P Brooks said about complexity way back in 1975 when his “Mythical Man Month” essays on software engineering were originally published.

To address this paradox, I believe wholeheartedly in the radical simplicity philosophy espoused by Einstein.

“Everything should be as simple as it can be, but not simpler.”

My personal interpretation of that advice is that software engineering needs to be all about radical simplification, automation, higher levels of abstraction, and reusability. The software development platform, for example, should support refactoring in the fastest way possible because, as the Greek philosopher Heraclitus once observed, everything changes, or as he put it “Panta rhei.”

With that context in mind, let’s see what Mendix 8 has to offer.

Put it all together and it’s clear there are three big Mendix 8 takeaways that need to be fully appreciated:

Now, let’s consider how CLEVR is building a Digital Factory on top of the Mendix 8 platform.

As awesome as those tools are, we looked to see how we could leverage their extensibility to drive radical simplification across both application development and deployment. Our goal is nothing less than providing every Mendix customer with a framework through which they can quickly build applications using a consistent set of processes that provides IT teams with visibility into and control over every step of the way. To achieve that goal, I’m proud to share with you some of the great strides we made building a SMART Digital factory by providing:

In short, we’re radically automating deployment, peer reviewing and testing functions in a way will radically simplify the lives of developers in a very big way!

LOOKING INTO THE FUTURE

In my original Mendix 7 blog post I focused on three main issues that have now all been addressed:

Now, that all those issues have been addressed in Mendix 8, let’s consider the challenges Mendix and partners such as CLEVR might take on next. My own personal wish list would be as follows:

In my opinion, the two most important things to remember about Mendix 8 and the SMART Digital Factory are:

Splitting development tools into separate classes for citizen and professional developers is a great way to make it simpler to develop applications for all concerned. This approach not only creates new opportunities for developers; it will also significantly increase the size of the Mendix 8 community

By embracing microservices, Mendix is making it simpler to build complex applications at scale. The SMART Digital Factory from CLEVR provides the means for building high-quality applications at scale that will be much easier to update and support in production environments.

As always, I remain a huge fan of the Mendix platform and I can’t wait to see what comes next! 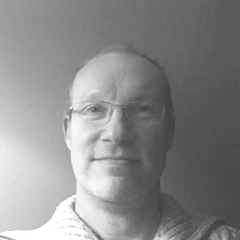