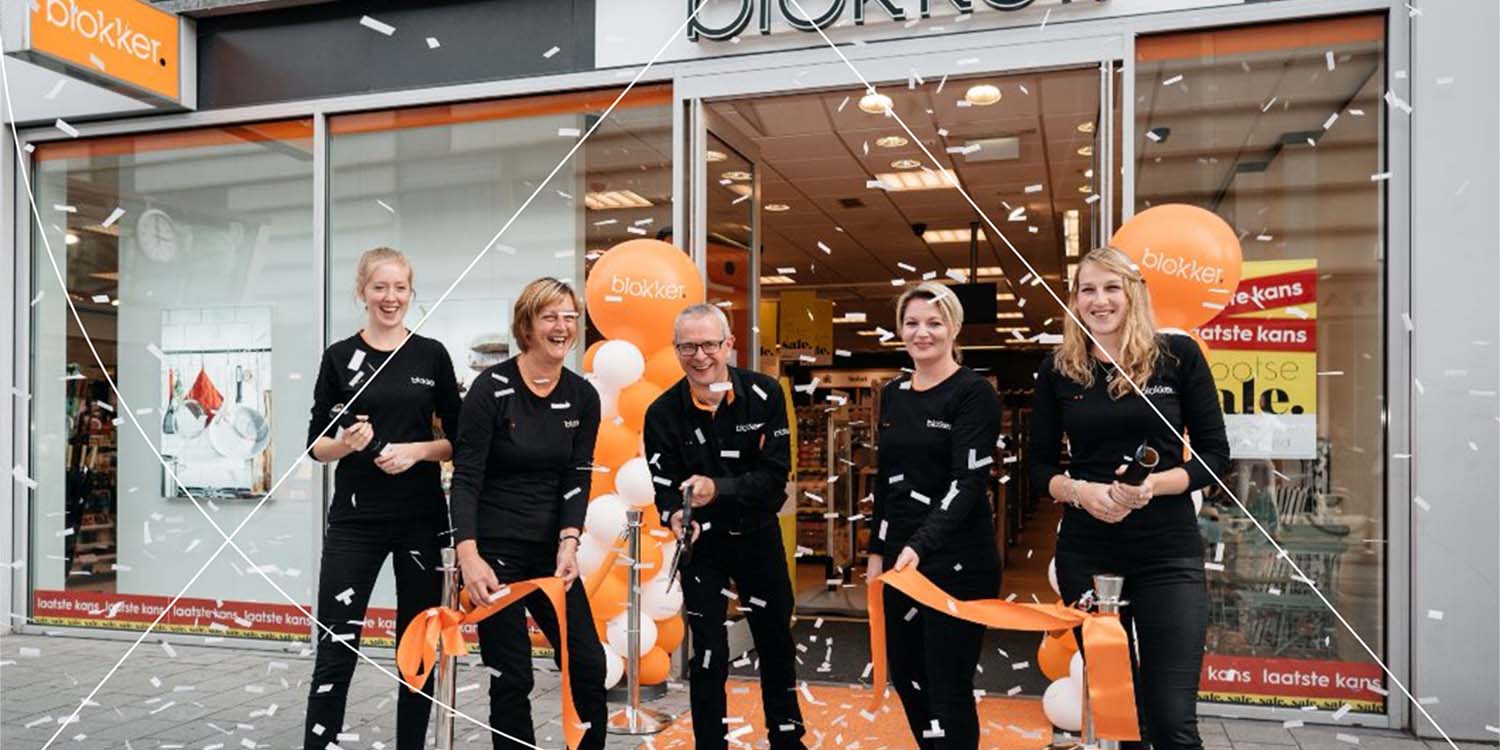 Promotions are part of the day-to-day business of the average retailer in the Netherlands. This is also the case with Blokker. A lot is involved in properly organizing and setting up a promotional campaign. CLEVR has developed a solution especially for this, namely the Promotion Manager application.

Nannet Boonstra, IT project manager at Blokker, and Branko Sandifort, former Mendix Business Consultant at CLEVR, will discuss the Blokker promotion process, and CLEVR supports it in streamlining it.

“With the arrival of the Promotion Manager, there is a tighter and better process with fewer (unnecessary) errors.“

Optimization of the promotion process

"BLOKKER, A WELL-KNOWN RETAILER IN THE NETHERLANDS; TELL US?"

Nannet: “Blokker has everything you need for your home, that’s what Blokker is known for. Blokker has been around for more than 100 years and has traditionally been a family business. I don’t think there is a Dutch person who does not know Blokker. At Blokker, we have been working on system & process improvements and responding to and connecting to the consumer’s current needs in recent years.”

"IS THAT THE REASON THE PROMOTION PROCESS OPTIMIZATION STARTED?"

Nannet: “Yes. We do a lot of promotions at Blokker, and this is becoming increasingly diverse. Each promotion period has its folder, among other things. Traditionally, PhD preparations were done in Excel. But due to the increasing promotions, not everyone had an overview anymore, so many things went wrong. Then talks were started about the implementation of a tool and a new workflow.”

"HOW DOES THE APPLICATION CONTRIBUTE TO BLOKKER'S BUSINESS OBJECTIVES?"

Nannet: “The application mainly contributes to improving transparency, increasing the quality of promotions and a less error-prone process. Many different departments are involved in a promotion, from category management to the supply chain and the promotion team. In the application, you can see for each promotion where your colleagues are in the process. Everyone works with the same data in the same application. This ensures a high degree of transparency and quality assurance.”

"IS THERE LESS GOING WRONG IN A PROMOTION WITH THE PROMOTION MANAGER?"

Nannet: “Yes. And fewer mistakes go together with a particular time saving because you get it the right first time and have fewer correction rounds.”

"IS IT TRUE THAT YOU HAVE A MORE EXTENSIVE VERSION OF THE PROMOTION MANAGER?"

Branko: “This is correct. Blokker, in particular, has extra functionalities for the mutation process. This means that when a promotion has already been approved and completed, the changes that will follow afterward go through the workflow in a controlled manner. Blokker is one of the few companies in the Netherlands that has set up the process so tightly.”
Nannet: “This was very important to us. We produce many brochures and a lot of changes during the process. In the mutation process, we want to keep a good view of what is changing and ensure that nothing goes wrong there. Together with CLEVR, we have expanded the current functionality so that our process is optimally supported.”

"HOW MANY MUTATIONS ARE THERE, AND WHAT DOES THIS MEAN?"

Branko: “When we just started improving the mutation process, there was an average of 70 mutations per week.”
Nannet: “Yes, maybe even more.”
Branko: “If an article is no longer available or a price has been changed, a change occurs immediately.”
Nannet: “Whether removing an article or moving a promotion to another week, it can be different things.”

"HAVE THOSE MUTATIONS BEEN REDUCED WITH THE HELP OF THE PROMOTION MANAGER?"

Nannet: “With the arrival of the Promotion Manager, there is a tighter and better process with fewer (unnecessary) errors, which means that the number of corrections (read: mutations) has decreased.”
Branko: “There is now more insight into the mutation, control, and transparency within the mutation process. This makes it possible to learn from mutations. The sooner it can be tackled, the better it is for the organization, the various departments, and the proces.”

Nannet: “Working with the Promotion Manager ensures a structured process and works more efficiently. Everyone now works in the same application and with the same data, which benefits the quality!”
Branko:” The data in the Promotion Manager is fed from the source systems. So employees do not enter the data themselves. That also ensures more quality.”
Nannet: “That’s right, this also makes it less prone to errors. These are, therefore, the biggest improvements in terms of quality and error sensitivity. Also, cooperation with each other, the transparency that the application offers. It is now clear to everyone what we are going to do when we are going to do this and what it will yield.”

"BRANKO, YOU INDICATE THAT DATA IS FED FROM THE SOURCE SYSTEMS. WHAT DO YOU MEAN BY THIS?"

Branko: “First, each category had its own Excel document, which was then bundled, cleared out, and merged. Now there is one system in which everyone works. The data of this is loaded into the application from the external systems, such as the delivery of articles. This means that the data is always up to date and correct because not ten different people enter the data.”

"DO YOU NO LONGER HAVE TO ENTER DATA YOURSELF?"

Nannet: “Yes, we only have to enter the promotions ourselves. This now also takes a lot of time, but the application also makes it possible to duplicate these promotions. Often a promotion has a cycle of several weeks. So when an advertisement is repeated, you only need to duplicate it from a previous promotion. This will save time because you no longer have to enter each promotion separately.”
Branko: “Creating a promotion is indeed manual work at the moment. The application makes it possible to take advantage of promotions that have already been performed. This means that the ramp-up process could be faster and faster. Even updating the promotion data could eventually be automated.”

"WHAT WOULD HAVE BEEN THE IMPACT IF YOU HAD NOT IMPLEMENTED THE PROMOTION MANAGER?"

Nannet: “A lot of frustration among the employees. Lots of mistakes, dissatisfied customers. Because if something goes wrong in the process beforehand, the folder will also go wrong, ultimately communicating to the customer. In addition, it is no longer of this time to work in Excel for an important integrated business process.”

"HOW LONG WILL THE APPLICATION PAY FOR ITSELF?"

Nannet: “It is difficult to give a quantitative answer. But from a qualitative point of view, it is hard to imagine that we would still have worked with Excel.”